Earlier in the week I showed you the first two pots I made with Midsummer Night’s Dream in mind. Two pots is good but I really felt it needed a third to complete the set and obviously it needed to be larger still. It’s actually the largest pot I’ve worked on in quite a while but I shrank it so far that you wouldn’t believe it. 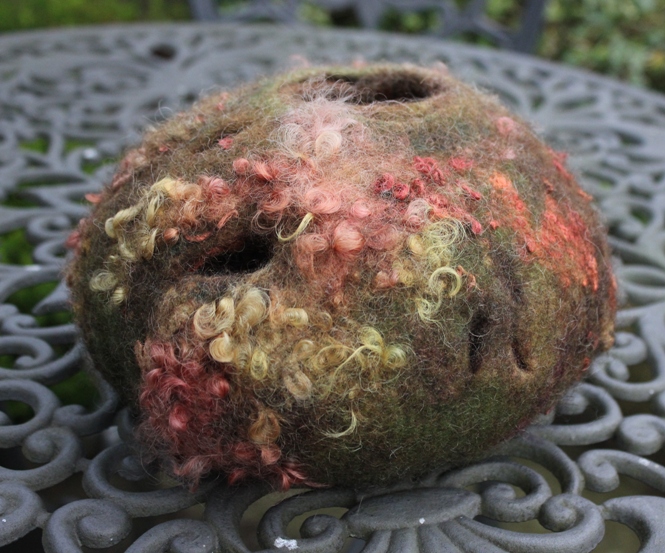 I used the same wool and embellishments as the other two and had originally envisaged tree like branches coming up off the pot into the air. That really didn’t work for me so I went instead for some cuts into the pot. Cutting is quite unusual for me, it’s not something I really like to do to felt but on this occasion, I haven’t minded and even wondered if I should have done them larger. 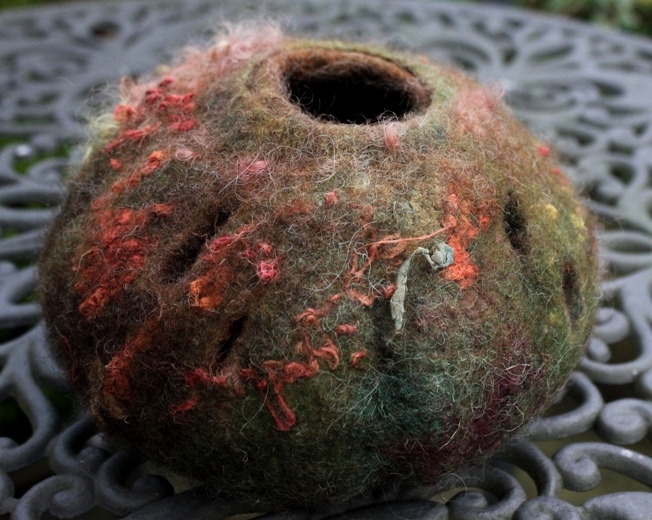 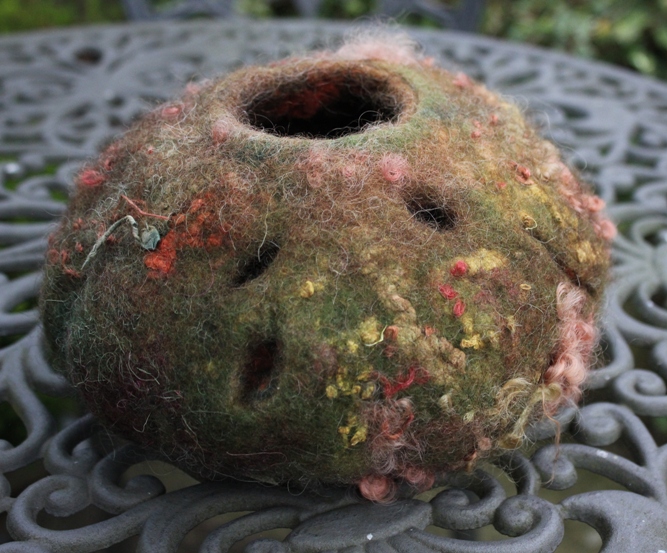 Adding further embellishment in the form of bead and stitch is something I will probably do but I won’t be rushing it. Time to sit, ruminate and approach with caution as I feel it needs to be done with a light hand and just the right beads. Perhaps I’ll have to source some new beads 🙂  The inside of the two larger pots are lined with crystal organza but I was unable to capture the sheen with my camera. 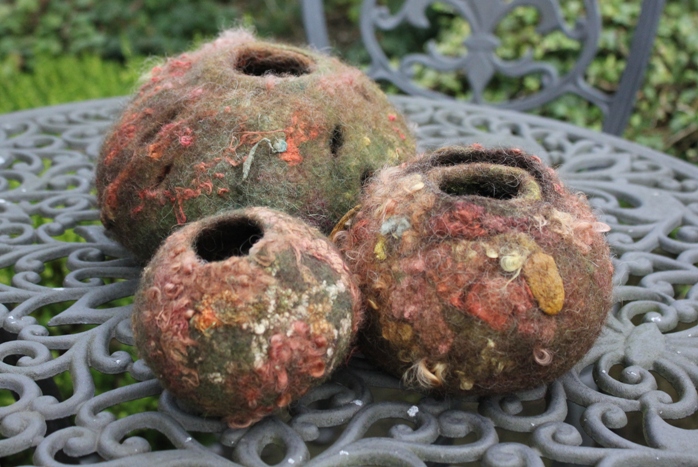 The third pot really completes the family doesn’t it? Even when these have been embellished I have other ideas to work on with this theme one of which is a felt skirt, wish me luck.