Our daughter Charlotte is studying A level photography, she did very well at GCSE achieving an A so it’s no surprise she wants to coninue pursuing it. Charlotte has found the work of Michael Kenna inspiring and so when Simon discovered he was speaking at the photography show at the NEC last weekend he went ahead and booked tickets.

Sadly, when the day arrived Simon didn’t feel up to it so I stood in as a poor second. It was quite a large show and the technology!!! The technology was a little overwhelming at times and wherever we turned there was someone pointing a lens at us. Cameras on masts, models, glamour shoots, demos,workshops, talks and flying drones – it was all there. The surprise purchase of the day was made by Charlotte who bought a film camera. We have film cameras at home but not as cute, small or light.

Michael Kenna’s talk was absorbing and it’s very interesting that he uses only film cameras (spot the influence?) as he likes the surprise of seeing what comes back on the developed photos. He likes to work in black and white as light levels can be changed in the dark room and he appreciates the flexibility it allows. At the end of the talk Charlotte went up on stage and asked if he would sign a sheet of his photographs for her. Michael was very obliging, not only did he sign, he wished her well with her exams. 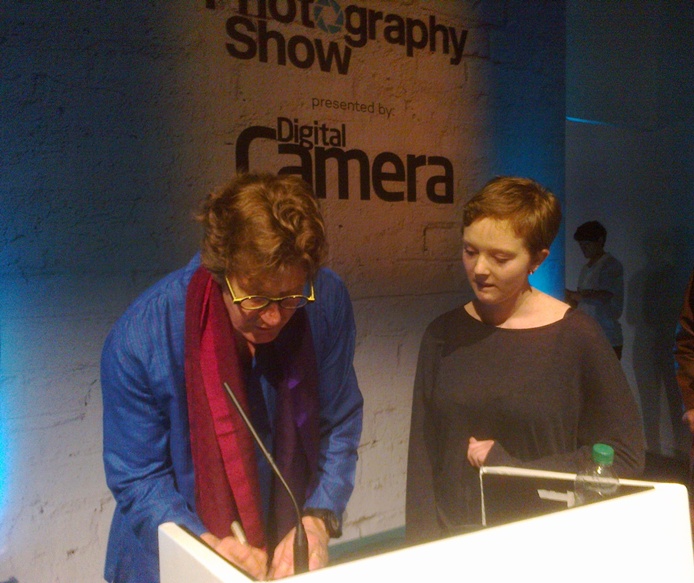