Life rushes by so quickly that I’ve only just realised that I never showed you the full pictures of my spring wreath. I made it as a sample to inspire people at the workshop but love it and now have it on my front door.

A polystyrene half ring was used for the base, which was covered in carded Merino in shades of brown and green. Early spring when the daffodils are out doesn’t have masses of green which is why I wanted to include browns. 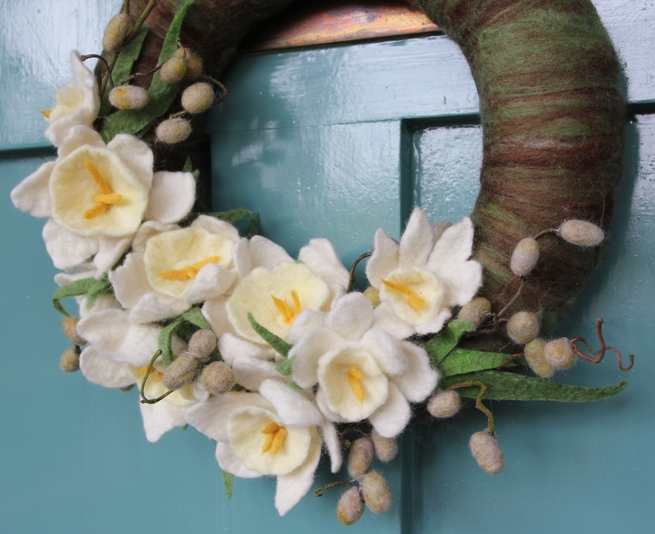 There’s a contorted willow in my garden which is now somewhat denuded of small branches as we availed ourselves of it’s bounty. 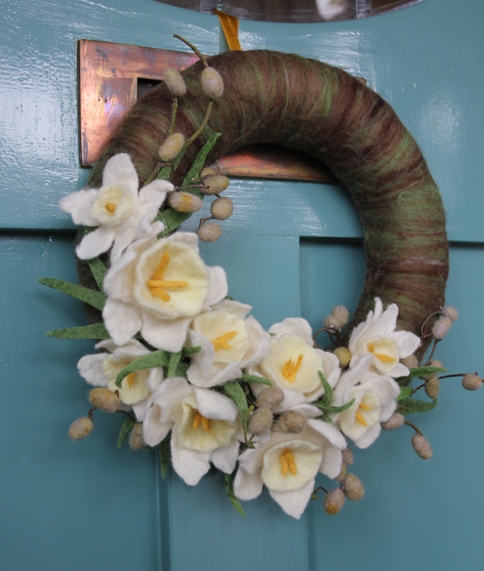 There’s very little variety of plant material in the wreath, just daffodils, willow and a few leaves, which just goes to show that less can be more. I think it’s very successful.

The stamens were made separately and needle felted in afterwards. 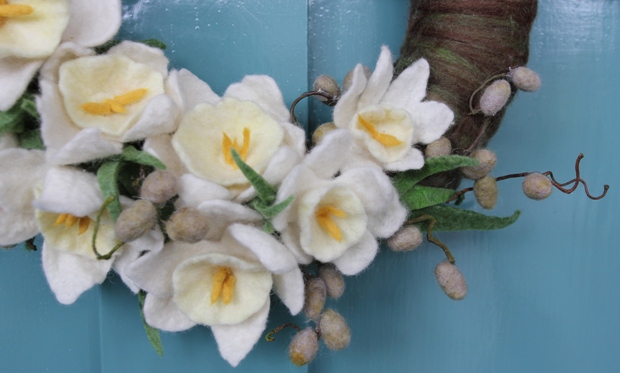 Our door shows it off wonderfully. I seem to have taken a lot of photos don’t I? Did I mention I like it? 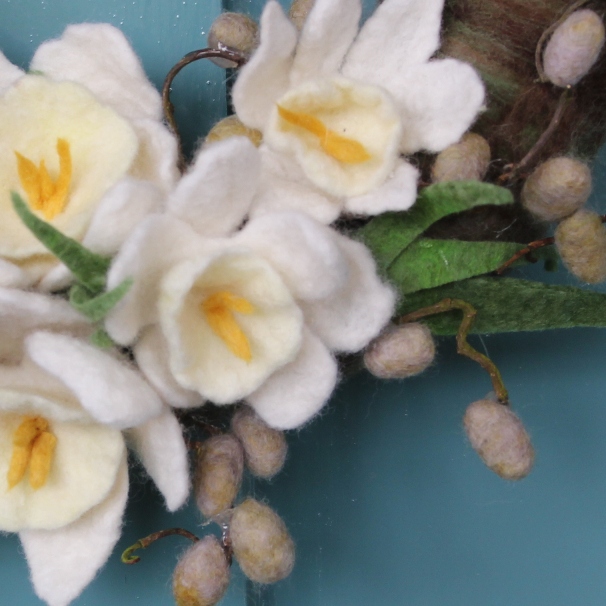 There are so many more wreath ideas zipping about in my head that I must make time soon to make another one.

One Reply to “My spring wreath”