What inspires you? On this occasion it was fungus that did it for me, the type you see growing straight out from trees.

My version is made from Jacob wool with the fungus in Blue Faced Leicester wool. 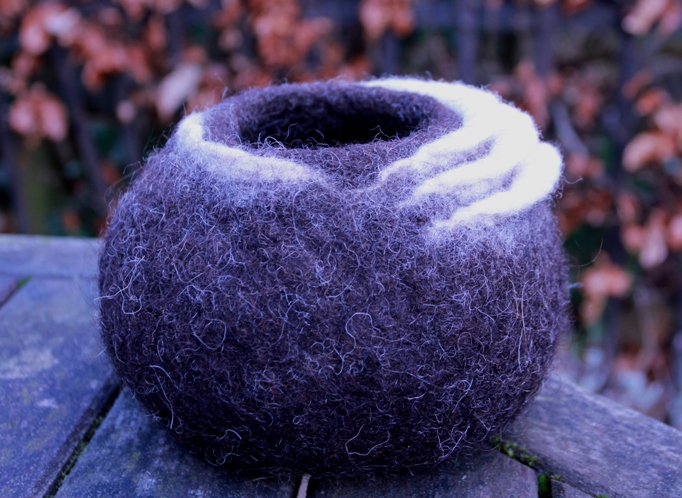 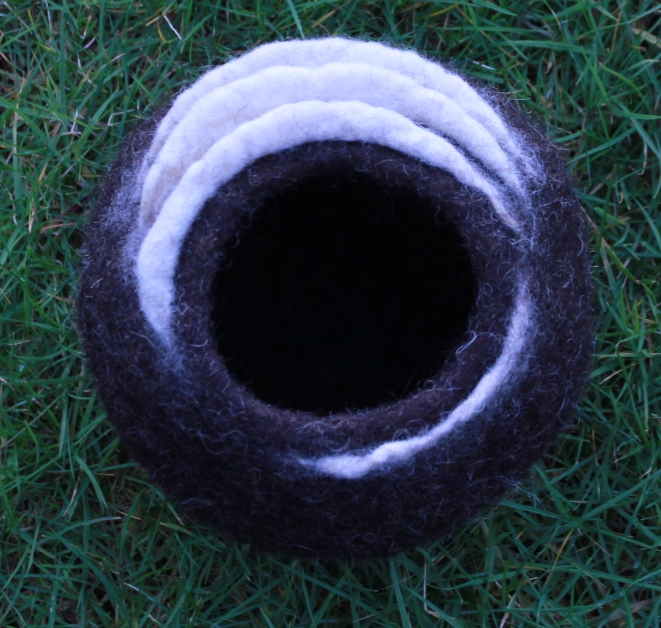 It’s worked out quite well but I would make larger fungus next time, not too large or it wouldn’t be in scale with the pot. We almost saw blue sky this afternoon so I dashed home to take a few photos but the cloud was already back! Never mind, you’ll get the general idea. So much grey sky recently that decent photos seem to happen only in my imagination. 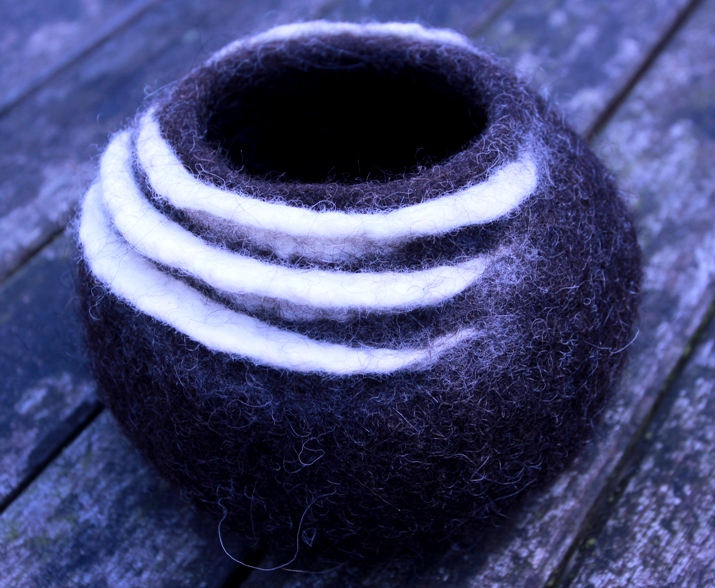 Having said that, perhaps I should just make a larger / very large pot and have loads of fungal growths. What do you think?

One Reply to “Fungal pot”