Words weren’t the only items I wanted to print. On our visit to the archives I’d spotted some wallpaper blocks and with agreement from the museum we rummaged through to find one that might be used for printing.

Many of them weren’t suitable because they had felt on the wood which would have been stained by the oil based ink I was using. Eventually we found a felt free candidate.

Those of you who know me well know I can’t resist a curve. 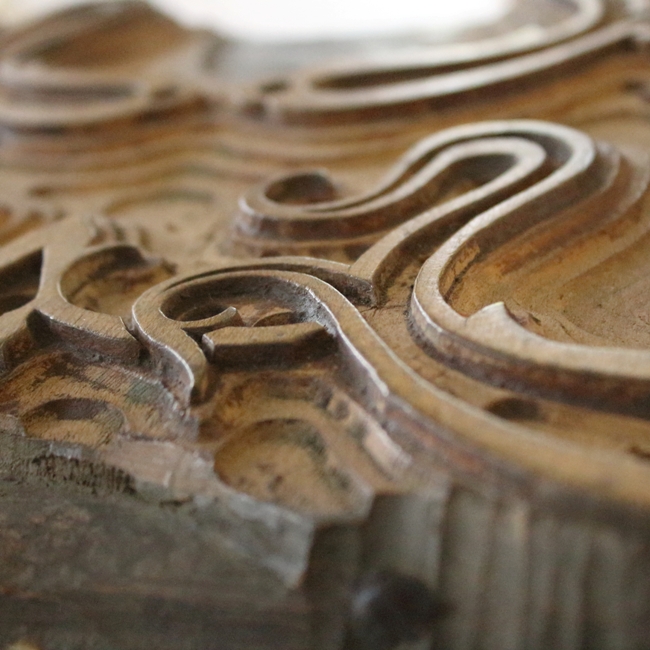 The plan was to print this onto silk chiffon to create a new piece of felt,  this was for a second piece I intended to create.

The floor was the only flat space large enough to work on. Paper down first and then the silk, all taped into position. 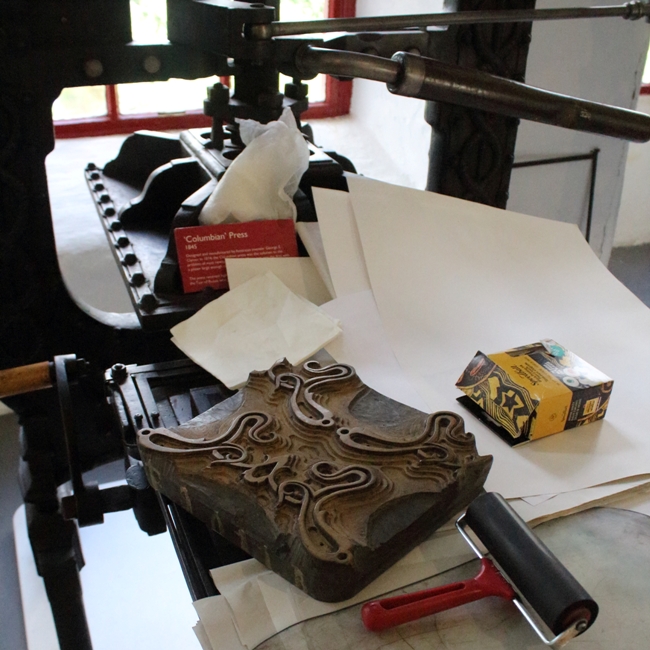 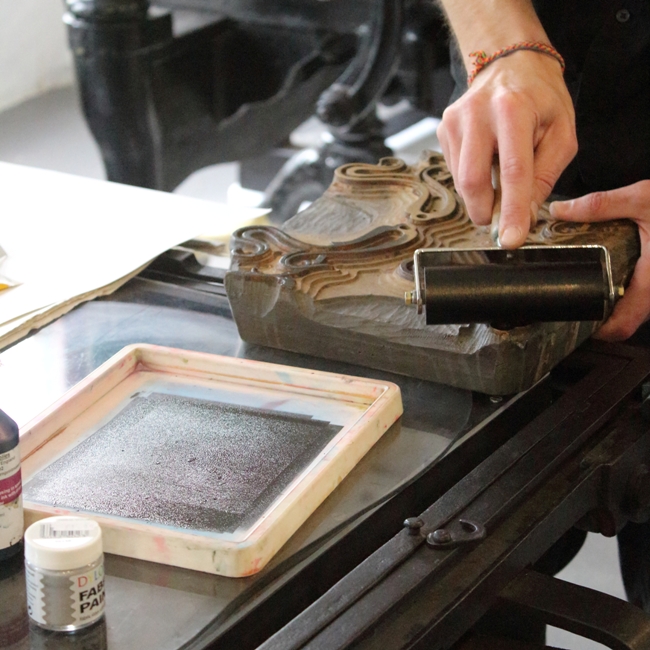 It was quite nerve racking inking it up for the first time, I wonder how many years since it was last used? Of course, when this was in use it would have been one of a set, with each block printing a different section of the pattern. 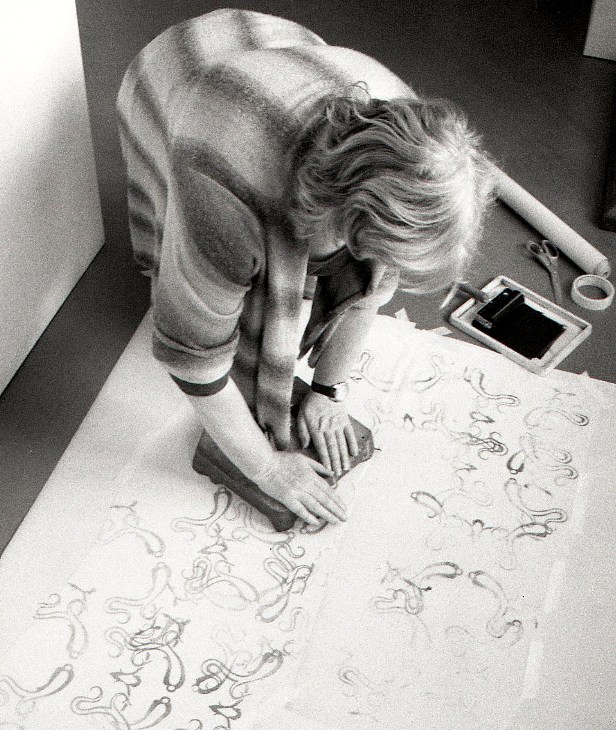 Each time I printed with the block I tried to change the orientation so that there would be areas of overlap in the print. It was such fun to do, one day I intend to do more printing in this manner, one day. More of what happened to this later.