Charlotte suffers quite badly from homesickness when she’s away at university and has found it helps to do a significant amount of ‘nesting’.  I thought I’d try and help. 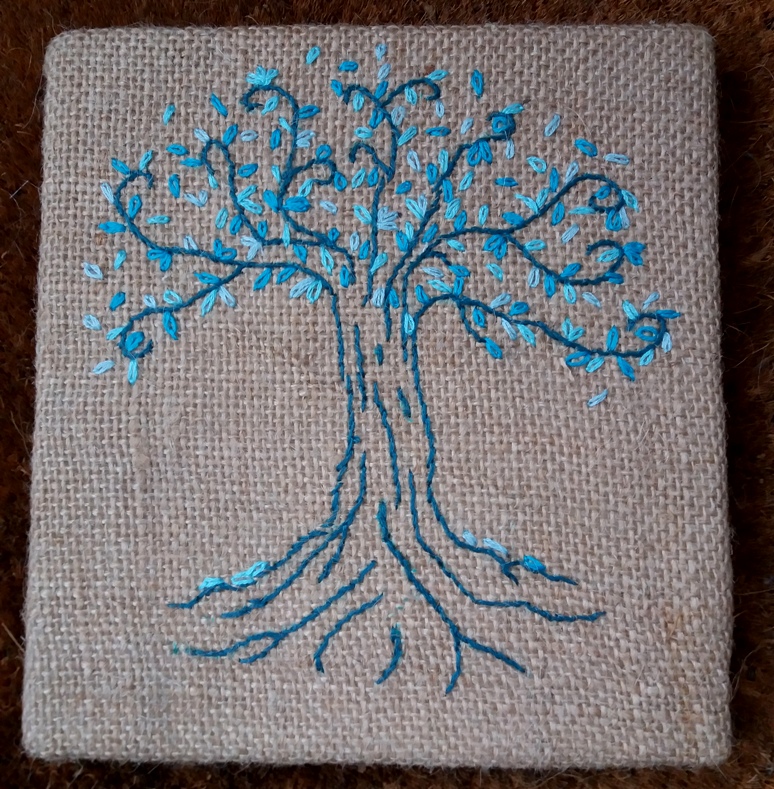 I’m happy about this little piece of art. It’s hand embroidered on hessian which cameas free wrapping on one of our deliveries, it’s backed with leftover fabric from curtain making (free) and mounted onto a piece of cutoff MDF (free) from the joiners next door to us at work. Turquoise is one of her favourite colours. 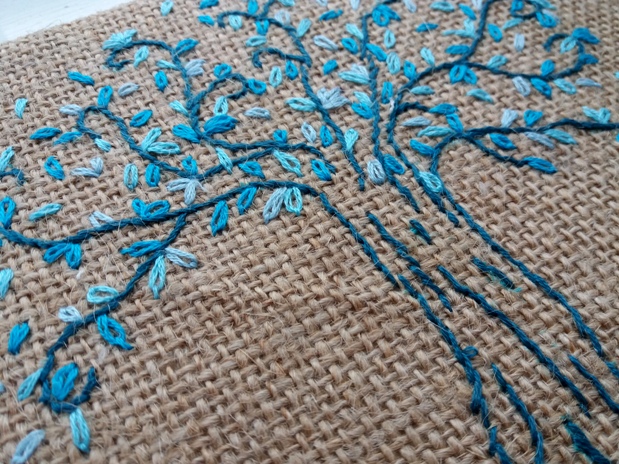 There was sufficient hessian to make another tote bag and I think I might even squeeze a third one from it!!

So, I teased you last time with this image.

Our girl has a healthy appetite and seemed to be constantly hungry when she went to university, the same was also true for some of her friends and one in particular. They had a group chat. The chat was often around being hungry (no surprise there) and swaps of biscuit resources were undertaken, The Biscuit exchange was born and the group chat relabelled. 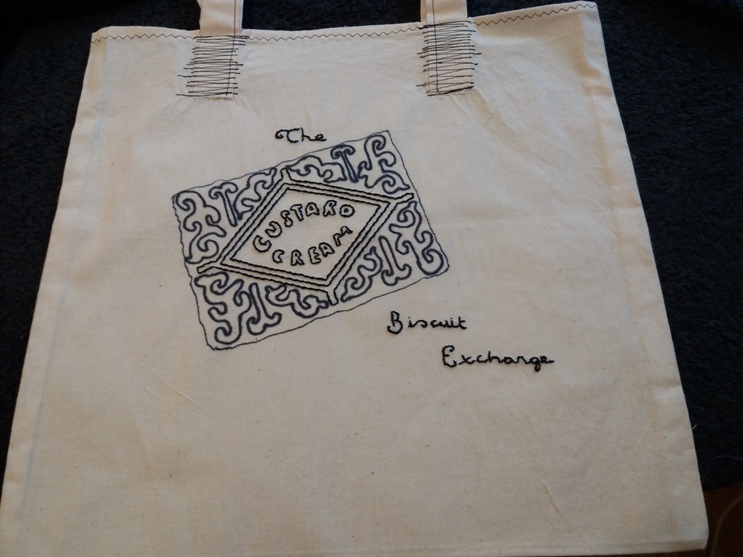 I felt this should be celebrated with a tote bag to carry further supplies 🙂   The centre of the biscuit and the words are hand embroidered with the rest of the biscuit being drawn in with a sharpie. It’s gone down a storm 🙂 🙂 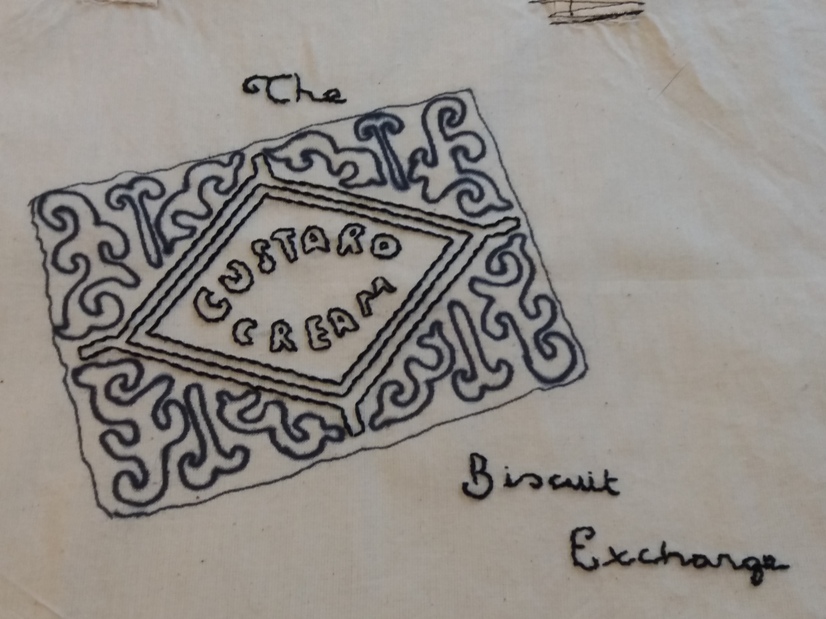 I made three other bags for her friends but sadly forgot to take photos. I will do better.

It’s been so long since I posted and life has continued to happen but for some reason I’ve not had the energy. Some days energy levels are low and others non existent ,  so far tests have revealed nothing and the doctor’s current theory is it’s related to menopause – joy 🙁

Have I made felt? yes. Have I done any other textiles? yes but I just haven’t found the energy to talk about it and the longer I’ve stayed away the harder it’s been to come back. There’s so much I’ve wanted to say / show you and it’s been bugging me but I’ve decided the only way to get back is to not worry about what I haven’t said / shown. In the fullness of time some things may appear but others you may never see. I’m making a concerted effort to blog and try and get myself back in the swing of things.

Charlotte is back off to university next week, she’s passed her driving test and will be more mobile but the homesickness has never gone away and she’s not really looking forward to returning. Falmouth is such a long way away! One way to deal with it is to nest like mad so there may be a blog about floor cushions on it’s way, you have been warned. However, custard creams will make an appearnace before then!