You may already have guessed from all the felt rolls that this was going to end up being a spider. My daughter is really not keen on this she thinks it’s both creepy and weird. I was just going to make a straightforward bird pod but when I read the Canopy Art submission details it had to be something I’d find in a canopy so it became a spider pod. 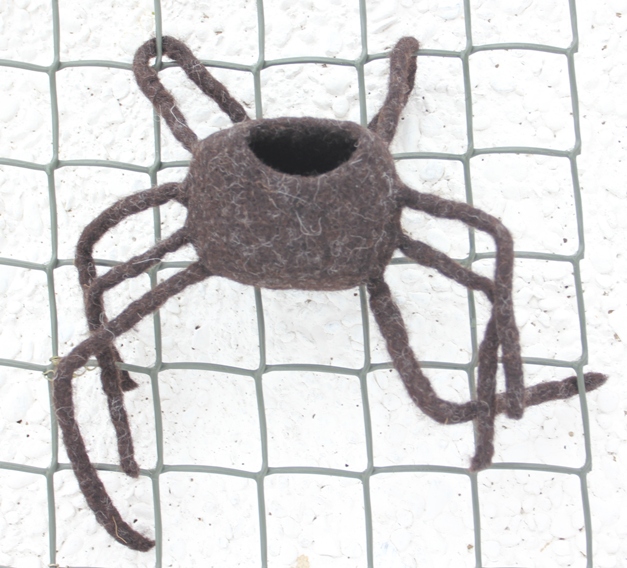 It’s made from Black Welsh fibres which I wet felted initially but then I firmed it up with some needle felting, I love Black Welsh for this kind of work it goes so firm. 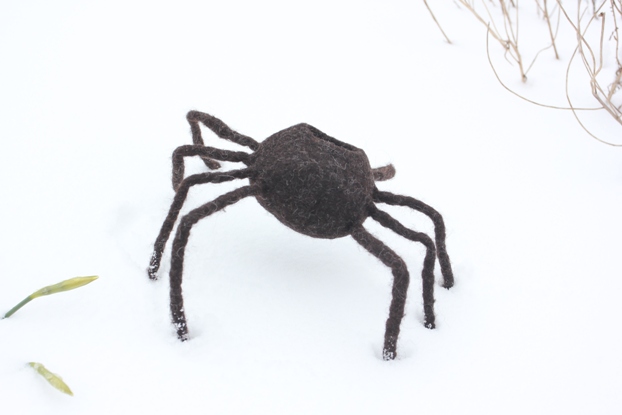 It really does stand up because I wired the legs and it’s also the mechanisms for attaching it to walls, plants etc. 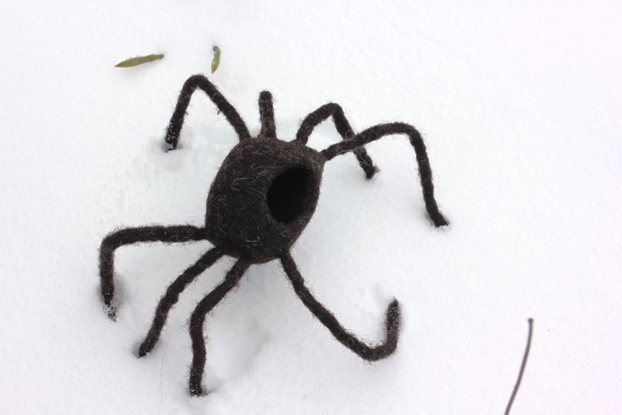 I don’t think it’s good enough to submit to canopy art so it may just become a bird nest hiding in my climbing hydrangea. It’ll probably give someone a scare at some point too. Hubby said it was cruel to think about suspending it above our Daughter’s bed!