Well, it was meant to be. I had some lovely broad french lace which I thought of using for a nuno scarf. Carefully laying out the wool, I added the lace on one side and dyed silk laps on the other and began rolling. Stopping part way to check how it was progressing, I decided I really didn’t like it and promptly ripped the wool from the lace setting it aside as a pre-felt I could come back to later.

Ripping the wool off whilst it was wet meant it stretched and pulled it, it looked quite good, I began to have thoughts of using it as a collar on a pot, hmm….

To begin, I made a basic white pot on a resist and took it to the pre-felt stage with the resist moved. Using about half the scarf length I began pleating and tacking it in place before recommencing felting. 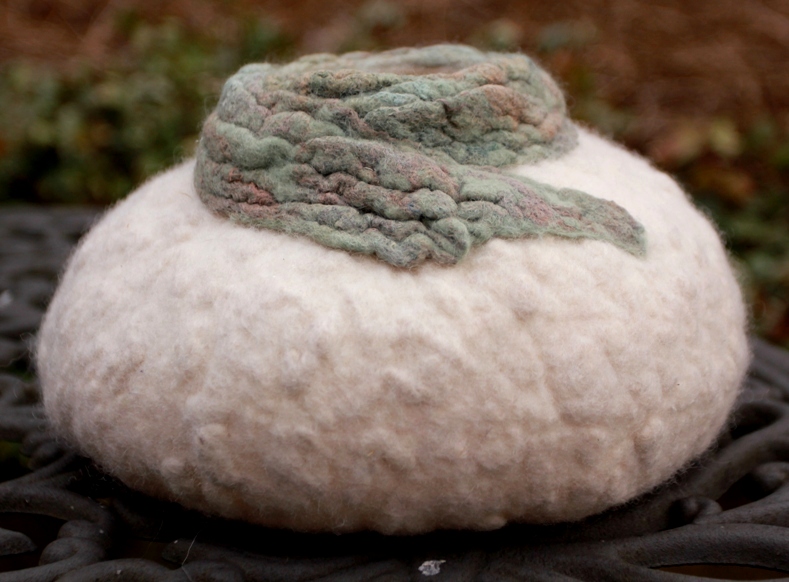 I really like all the chunky texture around the opening contrasting with the plain pot. 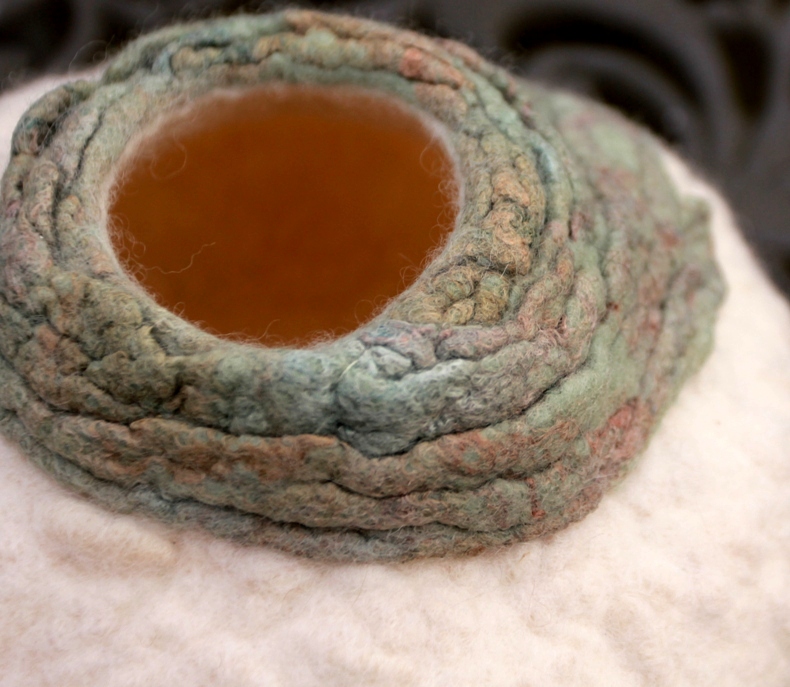 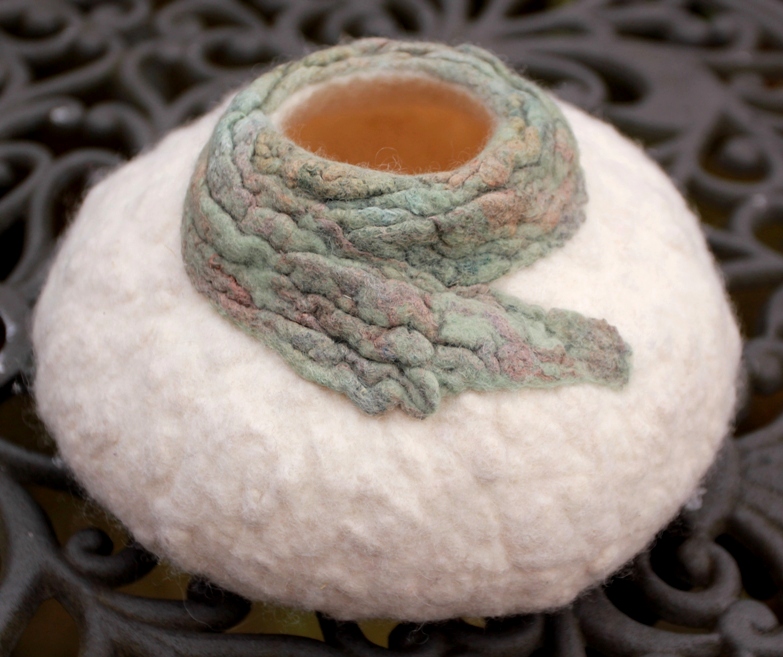 Really pleased with how it turned out and I still have half the prefelt and all of the lace leftover for another project. Should I bead the collar??